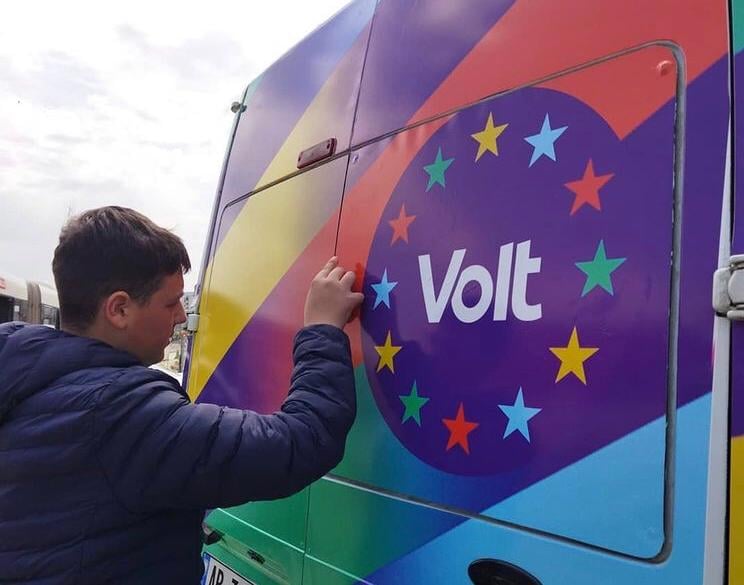 The Stand Up! Mafia, Get Out! coalition formed of anti-corruption pro-EU parties, including Volt, has won 14 seats in the Bulgarian National Assembly. The Campaign struck a cord with voters tired of cronyism and corruption. With the UK Government angering the population Volt could be onto a winner here in the UK.

Volt UK is standing candidates in London, Scotland and Warwickshire in May’s local elections in the UK. Their message is clear, Britain’s residents are fed up with the corruption and isolationist policies that the Tories are peddling. Following success in the Dutch Parliamentary elections earlier this year could the UK be Volt’s third victory?

17% of Londoners still consider that Brexit is the number one issue facing London in the next few years. Volt is running as ‘Rejoin EU’ on the ballot paper and despite the lack of polling data the name is sure to capture a large protest vote against the main parties.

In Scotland, things are a little different, the Renew–Volt collaboration is the only unionist party seeking for a second independence referendum. The coalition recognises the power pragmatism, something unique right now and it is catching the eye of the Scottish press. Unsurprising as who isn’t tired of the SNP’s childish infighting. While the prospects of winning seats in Scotland is low, Renew is sure to concern other progressive Scottish parties.

Despite neither London nor Scotland running a unfair first past the post voting system the thresholds for small parties remains high. Despite this, with UKIP winning 2 seats with 6.5% in London in 2016, there is a real chance that Volt might get a Rejoin EU assembly member. That would scare Labour and the Lib-Dems wouldn’t it.